Pets are adorable in-game collectibles. They provide a range of passive abilities that amplify combat-related effects and increase aspects outside of combat such as casino odds, match-3 odds, cost reductions and many more. Equipped with only levels and stars, they unlock a pet-ability every time they level up. Meanwhile, their stars increase the effects of their passive abilities, making them stronger. Upon creation, pets are also assigned to one of six factions which influence their utility and pool of abilities, and with whom they can breed.

Pets can be obtained in multiple different ways in the game. Players can primarily encounter and catch pets in their real world surroundings through Geopet GO. Players can also acquire pets by hatching eggs, or matching and breeding them together and producing child pets through Match-3 Pets. Some of the secondary channels of obtaining pets include getting legendary pets through account power level upgrades, and buying and renting pets from other players inside the Blockchain building.

Pets have a total of four abilities and four levels, and each level unlocks an ability. All of them are considered passive abilities and stars can increase their effects.

Stars increase the effects of the pet’s abilities, making them more powerful. Pets can hold up to 9 stars. With each star, a pet's passive abilities are increased by 0.5%. Players can earn stars by enchanting pets in the Upgrade building. Four pets with the same amount of stars must be enchanted to give another pet a star.

When pets are enchanted their skins and abilities are stored in their respective locations; with skins being stored in the Match-3 building and pet-abilities in the Spellbook. The process rewards the player with pet dust as a byproduct. Players can use pet dust to level up their pets.

Pets can have up to 4 levels, and every level unlocks a new ability. The leveling process takes place in the Level Up building and costs a certain amount of pet-dust depending on the pet’s level. 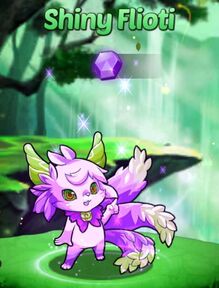 Shiny pets are a rare breed of pets that have a different color shift than other pets. They are unique in their appearance and can be used to breed colored (pseudo-shiny) pets, which by appearance, look like shiny pets but cannot be used to breed other colored pets.

Pets are divided into categories based on their appearance. Pets have three rarities: rare, epic and legendary. The pet’s appearance decides its rarity and pets with more developed and mature appearances are often epic or legendary.

However, when pets are exported to the blockchain, their rarity stone gets replaced by a crypto stone and their appearance stays the same.

Pet skins are simply empty shells of pets. A pet skin doesn't have any stars or levels - it is simply the look of the pet. A player gets a pet skin by destroying other pets while upgrading the stars of a pet. Similarly to how the faces of destroyed streamers are sent into your face collection in the Face Swap building, the skin of a pet is kept in your collection (inside Match-3 building) once it is destroyed in the upgrade process.

A pet skin can then be sold on the Auction House for Crypton, matched with other pets inside of the Match-3 building, or equipped on any building of choice. Since a pet skin does not contain any level or stars, it cannot be equipped in a hatchery and have any abilities activated.

Retrieved from "https://clashofstreamers.fandom.com/wiki/Pets?oldid=4780"
Community content is available under CC-BY-SA unless otherwise noted.