Match-3 Pets is the building where players can hatch eggs and breed pets. Players must complete a match-3 game to finish the production of any new offspring, whether it is through breeding or hatching. The match-3 game revolves around matching three or more of the same icon on the game board. Players must match a certain number of faction-icons to complete the match-3 game and unlock a new pet.

There are three types of Match-3 game modes, each with the same goal of matching groups of faction-icons together.

Hatching PogChamp, LuL, SMOrc or TriHard eggs: players must tap groups of faction-icons to eliminate them from the board. Depending on how large the group, certain power-ups may form.

Matching PogChamp, LuL, SMOrc, or TriHard pets: players must swipe adjacent icons to form rows or columns of icons of the same faction.

Faction-icons are the symbols that appear on the game board. Players must match three icons of similar faction and color by moving adjacent icons on the game board to win the match-3 game. There are six distinct faction-icons, and every icon stands for a faction, with the exception of the heart-icon and star-icon. The heart-icon is exclusively used to breed pets; meanwhile, the star-icon represents the Kappa and KappaPride factions together and is used to hatch eggs from those factions.

Moving icons on the game board costs a certain number of Gems. Players can move as many icons as they want to until they run out of Gems.

In match-3 games, players can reduce the cost of moving icons by matching them fast. The price reduction increases as players build momentum and speed. During high-paced gameplay, players earn speed-streaks and speed-streak stacks, resulting in multiple price-reductions being active at the same time.

Match-3 games can be harder or easier to complete depending on the pet’s rarity and faction. In general, the difficulty of the game can increase in three ways:

In the case of breeding pets, the rarity of the parents decides the difficulty of the game. However, in the case of hatching eggs, Kappa and KappaPride eggs are harder to hatch than the rest. 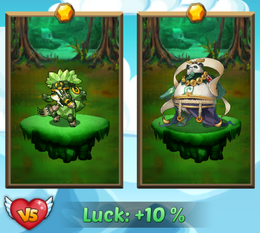 To breed pets, players must select two pets of the same faction and complete a match-3 game. The pet’s characteristics vary and probability decides the pet’s attributes including stars, levels, and appearance.

When breeding a pet with a shiny pet, there is a small chance for the offspring to be a colorized or pseudo-shiny pet. The colorized pet inherits the same color shift as their parents, but it cannot pass down its color shift to offspring. The ancestry of the shiny pet, therefore, dies out with its family. Nevertheless, there is always a small chance to produce a shiny pet from any breeding process, including from non-shiny pets.

Parents are also subject to change during the breeding process. They transfer attributes to each other, resulting in improvements for one pet and downgrades for another. In the breeding window, the position of the pet decides who receive and who transfers attributes.

Pets swap their attributes in the process of breeding, but it is only the pet on the left that will receive the upgrades; meanwhile, the pet on the right suffers from downgrades.

Kappa and KappaPride pets cannot produce offspring. This means that when matching Kappa or KappaPride pets, you will simply be swapping attributes, and not producing a new pet. However, players can still hatch their eggs to obtain pets from those factions.

To hatch eggs, the player simply selects the egg they want to hatch and complete a match-3 game. The pet’s characteristics vary and probability decides the pet’s attributes including stars, levels, and appearance. Moreover, it is less likely to hatch a pet with higher levels and stars.

Luck score, also known as luck, is a value that displays the odds of obtaining rare and valuable pets from the breeding pets. Every faction has their distinct luck score, and to increase the luck score of one faction, players must collect pets from that faction.

Boosts are consumables that players can buy to clear icons on the game board. There are two types of boosts, the power-ups, and the tactical nuke. They have their own methods of removing the icons on the field, and they cost a certain number of Gems. Some clear specific rows, horizontally, vertically, and so forth, while the tactical nuke clears the entire board. During the boost, all icons vanish from the board and necessary icons count towards the progress bar.

The Tactical Nuke is a powerful boost that clears the entire field. However, the tactical nuke does not clear solid obstacles since they make the game more difficult on purpose. Players cannot encounter them in the field. They can only be bought using Gems.

When power-ups occur next to each other, they merge into one. Their capabilities merge to form a powerful reaction that combines their unique abilities.

Retrieved from "https://clashofstreamers.fandom.com/wiki/Match-3_Pets?oldid=4433"
Community content is available under CC-BY-SA unless otherwise noted.